Former community councilllor Hugh Burns was involved in the early formation of BAG the Bypass Action Group. During the campaign the community council members carried out a 24 hour survey physically counting vehicles at three points over the village to produce statistics that would assist with the campaign. Current chairman George Smith and Secretary Robert Freel were the instigators of this survey. The survey made Hamilton Advertiser headlines on the number of heavy goods vehicles ploughing through the village. This resulted in Strathclyde Regional Council (SRC) carrying out its own survey to check figures.  This was followed up by the community council organising and taking a bus of demonstrators to lobby SRC when their roads committee were making decisions on their capital budget and future of village bypasses. Members also attended a consultation meeting run by the local authourity to argue the case for a bypass.

Whilst it was not seen as a full bypass it was a victory that would not have been achieved without the interventions of the community council.

Following a landslip on this road the local authourity decided to close the road, however the community council objected tot he closure and fought to have it reopened. This resulted in a public inquiry being held in the village town hall at which the community council gave evidence tot he reported and attended the site visits to view the road.  The community council argued tha that due to lack of maintenance the road slipped.  The inquiry found in the community favour and the road was repaired and reopened .

When the new hospital opened the community council fought to obtain more clinics and opposed the closure of clinics.

With the standard of the existing local halls failing to meet basic health and safety regulations and posing a danger to users the campaign to move the build of new facility took more momentum.

The first location planned for the ICF was to attach it to Stonehouse Primary, however following two open meetings one organised by the council and one by the community council this location was rejected and SLC were  asked to find and evaluate alternative sites.

The local authourity owned land sites at Murray drive, Violet crescent, Union street were examined and rejected by SLC.  The best available site was green belt land at the edge of the village and whilst not the best location it was felt that it was better here than not having a hall.

the removal of the library to this hall was never on the agenda however when the council transfered some of its functions to the leisure trust (libraies being one) they decided this would be better located in the new facility.

The following photographs show the hall at various stages. 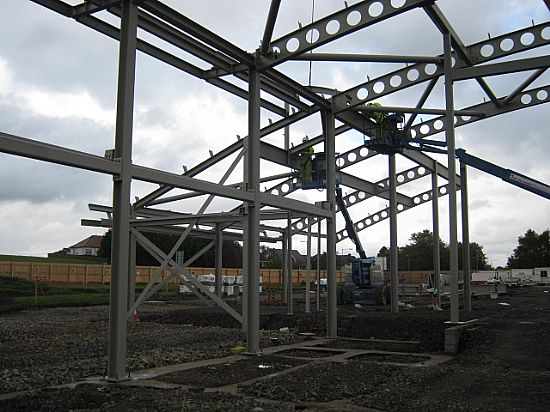 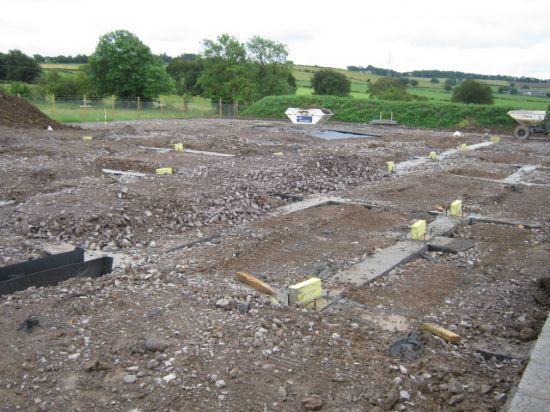 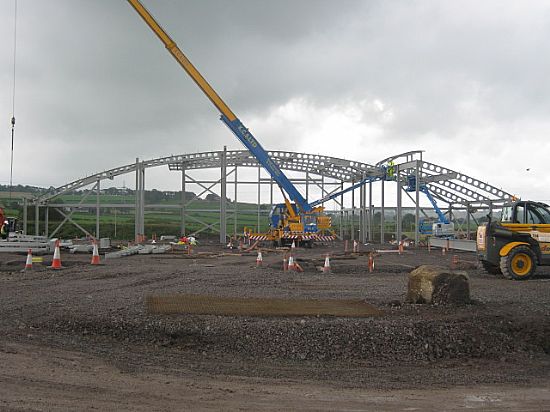 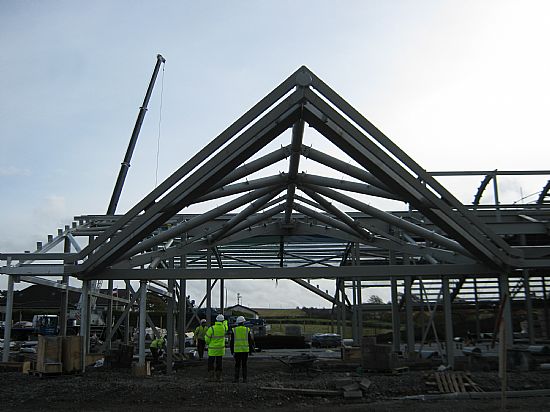 Numerous surveys have been carried out by the community council to asses the feelings of the village towards obtaining change.  These include the following:

a) survey of residents to seek views on the infilling of the boating pond and upgrde of the public park.

b) 24 hour road survey to gauge the number of vehicles travelling through the village and to supplement the push to botain a bypass.

d) Village survey 2020 to outline a list of priorities that can be used to lobby elected members of South Lanarkshire Council to obtain work or promote spend in Stonehouse.  This would also give the community council a list of where grant funding could be spent where works were not normally carried out by the local authourity.

The community council has organised and ran hustings for local and prlimentary elections where candidates were invited and questioned on their policy as well as local These events have generally been ticket only and resulted in well over 100-1250 local people attending.

All meetings are open to the public where questions can be asked on the night as well as local authourity departments being invited to attend and answer question in their respective areas. Ie roads, housing, social work.